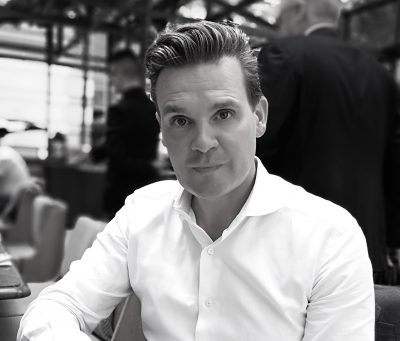 Marcus, an experienced corporate adviser, entrepreneur and investor and also he is the co-founder of four recruitment companies in London, New York and Atlanta. Marcus began his career in private banking and wealth management, initially in sales and marketing and later as an investment analyst, at private merchant bank Duncan Lawrie. He moved to Sigma Technology Management where he invested in the TMT sector; became founding Director of Sales & Marketing of Home House; and then co-founded Edison Interactive Group, the owner of TV production company Done & Dusted, online broadcasting network Swtich2 and sports e-commerce site Kitbag.

Marcus is a Partner in Ironbridge Capital Partners LLP, a regulated corporate advisory business and a director and advisor of several media, entertainment, and technology companies. He is the co-founder of four recruitment companies in London and New York.  He was formerly a non-executive director of The Arts Club and Pulse Films, now part of Vice Media.  Marcus is on the Development Board of the MTV Staying Alive Foundation and on the Advisory Board of Unicef UK.  He has an MSc in International Business Management from King’s College, University of London.