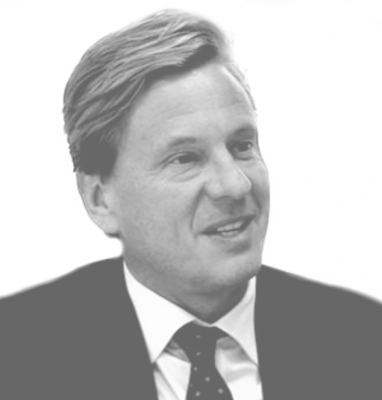 Rob co-founded Adoreum Partners with Marcus and is a South African entrepreneur, senior executive and private investor. He serves as Chairman of Invest Africa, Chairman of African Capital Investments, Deputy Chairman of VistaJet, and Chairman of AON South Africa.  In 2013, Rob saw an opportunity to create a platform for the growing number of individuals becoming involved in pan-African investments and founded Invest Africa.

After founding Marquis Jets Europe, he subsequently became Vice Chairman of NetJets Europe, owned by Berkshire Hathaway.  Rob has served as a main board director of Richemont, one of the world’s largest luxury brand owners.

In previous roles, Rob was the CEO of Telepiù Pay TV in Milan, Italy and non-Executive Chairman of the Board of Exclusive Resorts Europe, a company that owns and operates luxury villa residences. Rob has an M.B.A. from the Harvard Business School and a B.B.S. from the University of Cape Town.